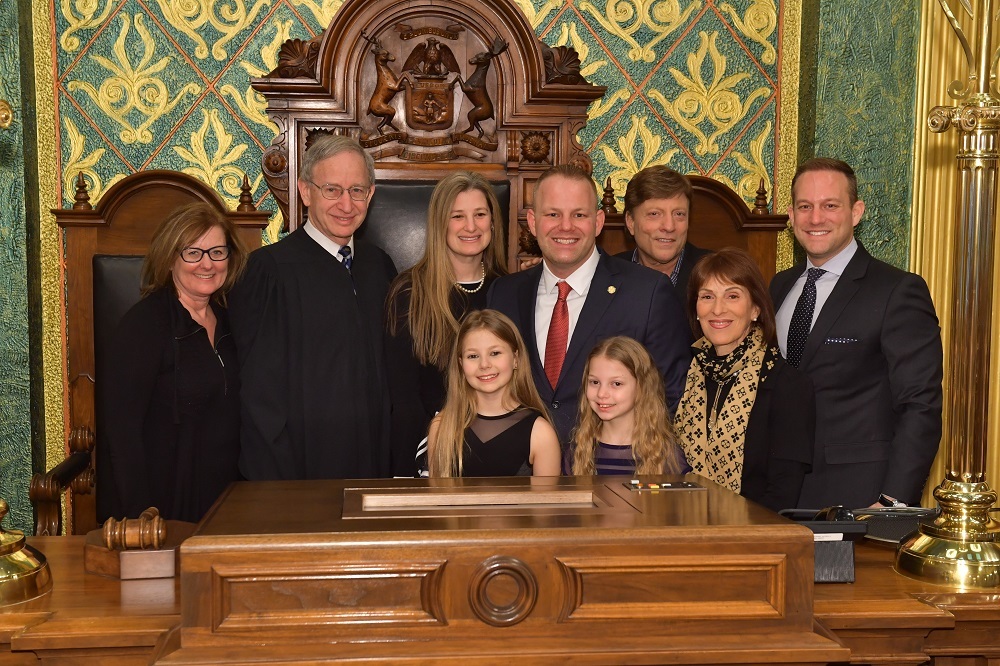 Rep. Ryan Berman (R-Commerce Township), center, is surrounded by his family at the state Capitol in January 2020 at the opening of the state Legislature. | Michigan House Republicans

State Rep. Ryan Berman, R-Commerce Township, says that government transparency should be an issue of focus for the state Legislature.

“It is important to stay committed to a more transparent state government, and in a split government this is a shared priority," Berman said in a statement made to his Facebook page on Jan. 29. “I’m leading the fight with proposed legislation to improve transparency and I hope we can see these measures through.”

The post was made as Gov. Gretchen Whitmer was preparing to give the State of the State address.

According to his page on the Michigan House Republicans website, Berman recently saw his proposal on government transparency pass the House Oversight Committee. Known as House Bill 5015, Berman’s proposal would require Michigan state government to make public information on both the salary and benefits of state employees.

Currently, those who wish to obtain this information are required to file a Freedom of Information Act request. Berman calls this current process as “burdensome.”

"It brings all state employees under the same framework and will give people easy access to information on where their money," he said in a statement.

Want to get notified whenever we write about Michigan House of Representatives ?

Sign-up Next time we write about Michigan House of Representatives, we'll email you a link to the story. You may edit your settings or unsubscribe at any time.